“Without the people of the sea, many parts of the world would starve” - Pope Francis 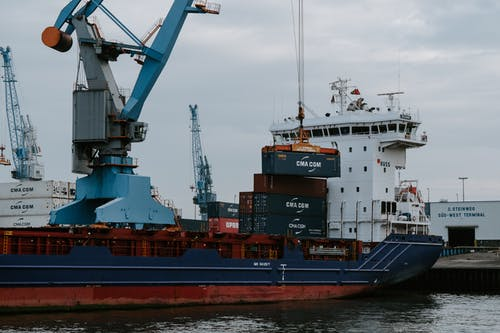 This is a quote from Pope Francis recognizing the crisis happening in the maritime industry as it pertains to crew repatriation… The seafaring community is undergoing a devastating plight right now.

Seafarers have been stranded at sea for months now, and due to government travel restrictions amid COVID-19, their safe return home is looking bleak. But great efforts are being made by many organizations to get our seamen home and to their families. But until they get home, the seafarers are not only enduring limited communication, working over their contract, and mental deprivation, but they’re also enduring the threat of piracy.

Pirates have always been able to show their capability to switch up their modes of operation to wreak havoc on the maritime industry. For example, the Gulf of Guinea has been identified as a piracy hotspot for the past five years. Prior to 2010, pirates could only wreak havoc up to 30 miles (nautical miles) from shore.

Of course, that wasn’t good enough for pirates, so they improved their mode of operation with the use of mother vessels to take them further out as far as 120 nautical miles from shore. With this evolution, pirates were able to board ships more easily. And this was just prior to 2010. Piracy capabilities now are much more evolved and much more advanced.

Everything from the ship to ship transfers and hijacking to illegal bunkering and kidnapping, the evolution of piracy in the maritime industry is at an all-time high. And unfortunately, the economic crisis the world is currently in, due to the pandemic, it’s causing military funding and naval efforts in maritime security to be limited, causing many crewing challenges but more so leaving seafarers as “bait” for piracy.

For pirates to board a ship, it’snot a matter of them floating beside a ship and using a standard ladder to board… Pirates are now using mother vessels and aluminum ladders with hooks to easily stabilize the ladder from one ship to the other. These aluminum ladders are cost-efficient and they’re of reduced weight for functionality purposes.

Expatriate crewmen are the biggest targets of pirates, mainly because they can demand large amounts of ransom money for their safe return. Ransom amounts have increased by over 300% and have gotten as high as the millions in certain instances. In 2019 alone, 151 expatriate crewmen were abducted, and two crew members actually died during their abduction.

Anchorage areas are supposed to be safe areas where ships can safely drop anchor. Unfortunately, kidnapping in these “safe zones” have now become the main hotspot for pirates. To keep seafarers protected in these areas remains pretty expensive. A security vessel would be required, along with a military team as added protection, and that’s going to cost a significant amount of money.

If you thought the pirates’ current modes of operation were stealthy, then you won’t believe just how advanced their level of stealth has evolved… Pirates are now breaking into the world of cybersecurity. According to The Maritime Executive, the traditional way of attacking a vessel is still sufficient but pirates are now teaming up with hackers to locate cargo containers containing products of high value.

Spear-phishing of vessels has been a major issue with the US Coast Guard, and they’re the ones thought of as the head of maritime cybersecurity. Ships were receiving emails said to be from the US Port State Control Authority, and upon opening those emails, the malware was spread throughout vessel systems impacting the shipboard network.

This caused poor functionality of onboard computer systems. But it’s also important to note that many impacted vessels were operating without effective cybersecurity measures. To be fair, the maritime industry is improving their efforts to embrace digitization, but unfortunately, as vessels improve their systems and evolve, so do hackers and pirates, and their payoffs grow bigger as well.

The key to success is to, of course, escalate safety measures. But you also have to consider the costs to do all of this, which is making it easier to find the stranded vessels holding stranded seafarers… It makes you wonder what the true price of it all really is...

As mentioned earlier, great measures are being taken to get seafarers home but there is still much work to be done. Just remember the words of Pope Francis and think of how your lifestyle or business would be without the work of seafarers.

There’s just so many moving parts when it comes to shipping that people simply don’t think about because it doesn’t directly impact them.

Seafarers are essential workers and are enduring some of the most brutal and harsh conditions, in addition to COVID-19 restrictions. From separation from their families to their lives being at risk at the hands of pirates, more has to be done to get our seamen home.

I love small businesses (the backbone of America!), helping them set up processes for customer support and growth, and working on creative marketing messaging.

If you are looking for help with content or content strategy, reach out to me at https://about.me/ssaker

Digital Freight Alliance Success Story: Chinese Brothers Ltd
How to Ship my Goods during a Pandemic
5 Shipping Container Uses That May Surprise You
I want know more !