What is the Difference Between a Port and a Terminal

Do you know that the international shipping sector is responsible for the carriage of 90% of the world trade?

Shipping is the heart of the global economy.

Without it, there will be episodes of economy seizures, importation, and exportation will be hindered, transportation of raw materials from one suburb to another will take forever, and economic growth will be stagnated due to lack of raw materials to fuel its expansion.

Imagine if material resources like crude oil are to be transported from one country to another by land or air.

No doubt, these means of transportation are faster when compared to the sea, but can they carry the number of cargoes a ship carries all at once? Definitely, not.

Some popular terminologies associated with shipping include harbor, port, terminal, berth, quay, pier, and jetty. If you’re running a business in the shipping industry, you need to be familiar with certain terminologies to ensure you’re doing your job right. Sometimes, trouble may happen when terminologies such as port and terminal are used incorrectly.

Generally, a port and a terminal are separate constructs that confuse most people. As a result, we must clarify those components that are essential to the shipping industry.

What is a Port? 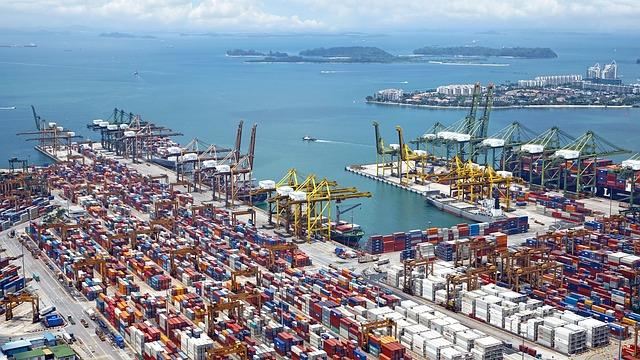 A port is a landed area (often at the seashore) that provides shelter for boats and cargoes. It serves as a point of transaction where shipment activities are negotiated.

In other words, a port is a facility within the harbor where a ship is docked (or parked) for commercial purposes like offloading goods and passengers, handling cargoes, or fixing faults on the ship. For example, if you have a seafood business, you probably need a fish port to handle and ship your fish cargoes quickly and safely. To have your fish product shipments offloaded properly, you have to work with a port that will take care of this task well. On the other hand, if you need support for your fish business, you can check out helpful sources like Fishing Outcast to get the right equipment or learn some key fishing tips, including catching catfish or other kinds of fish.

Since the port also serves as a boundary between land and sea, it functions as the meeting point where trains and trucks arrive to offload or export contents into the ship or pick up a cargo off the ship.

Countries have ports along their rivers. For example, the USA has Mississippi and China has the Yangtze.

There are different types of ports based on their uses. Still, the most crucial section are the port authorities, administration, depots, cargoes, and vessels. Examples of ports are inland port, fishing port, warm water port, dry port, and seaport.

Ports are controlled by a Port Authority, which regulates the prices to ensure uniformity and the safety of goods, cargoes, and passengers. Port authority in a nation is the governmental authority that is responsible for constructing and maintaining crucial aspects of trade and transportation on the seaports.

It is essential to know that the first port authority was established in the year 1908 and is known as "The London Port Authority."

What is a Terminal? 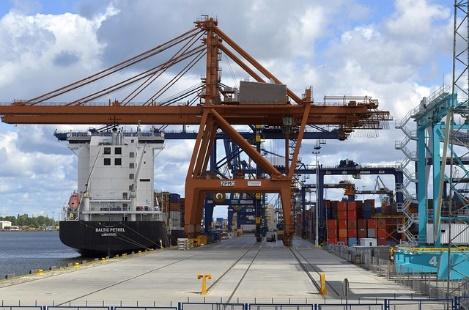 A terminal is a location on a seaport where loading and unloading of people or goods take place. In other words, it is more like a "checkpoint" where goods, cargoes, or passengers are offloaded. Usually, there can be several terminals across a seaport.

Differences between a Port and a Terminal

Now that you have gotten a comprehensive discussion on what ports and terminals are, let's examine their distinctive features.

1. A port is a station used for commercial and trade activities such as loading and unloading cargoes and other activities that generate income.

In contrast, a terminal is like a "checkpoint" on a port where incoming shipments are thoroughly inspected and documented. Thus, we have as many terminals as possible on a port.

2. A terminal is a specific part of a port dedicated to a particular activity. For example, on a port, there can be different terminals for oil and gas, crude oil, building materials, automobiles, and so on.

A port is a central station that houses all of the terminals. It serves as a shelter for all cargoes, ships, boats, and port officials. Simply put, a port is a warehouse for everything that is meant to be loaded or offloaded on a ship. Nowadays, fish ports are still considered some of the most popular ports operating in the shipping industry. Since seafood is known for being an abundant source of food for humans, many ports serve as loading or unloading stations for different fish cargoes.

In a nutshell, it can be deduced that ports play a vital role in an economy's development plan. They contribute largely to a country's economic, political, and trade relations with other countries. Most developing countries have realized the huge benefits that can be derived from owning ports, and they are promoting regulations to support their policies.

One of those policies is to encourage private ownership of ports and terminals or, at least, establish a partnership agreement between the government and private individuals to ensure maximum efficiency in its administration.

14-year history of working in the International company in the field of Sales, Shopper and customer marketing, Distributor Operations and Key Accounts management with in-depth understanding of consumer & shopper behavior, business development and people management.