When it comes to technology, we automatically assume that it’s positively influencing all of our world’s industries at all times. After all, it’s completely changed the ways in which we live, hasn’t it? We read the news differently, we communicate differently, and of course we work differently.

It’s no exaggeration to say that technology has revolutionised our lives quicker than we ever could have expected – and in many ways, this has been hugely positively influential across the world and it’s working sectors. In many ways, it’s made our lives easier than ever before. However, it might surprise you to know that there are industries that have actually been negatively impacted by the evolution of technological advancement.

Read on to find more about the surprising ways in which technology is negatively impacting the world of the moving and storage industry. 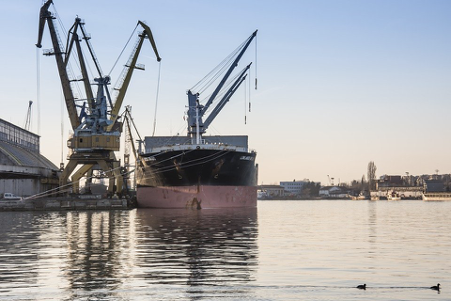 Not All Ships Need to be Physically Sailed

As we previously mentioned, technology has provided us with many methods of doing things more easily than we have done previously. That being said, it might still surprise you to hear that self - driving vehicles have become a bigger part of the industry than ever before.

That’s right, there are ships without sailors nowadays. Did you know that as much as 85% of the world’s trade is done via freight ships? This is usually because the cost of air transportation is far out of the budgets of many businesses.

This being said, whereas once upon a time shipping industries had to rely on the work of human beings to transport goods from A to B, nowadays – and going into the future – this may no longer have to be the case.

But it doesn’t just end with ships driving without sailors. There are talks of planes flying without pilots, cars running without drivers and so on. Unsurprisingly, not everyone is on board with this latest advancement, because of safety issues and so on, but there is arguably some good that comes of it.

It’s positive because it makes their service easier and more modern than ever before.

It’s negative because it would put many people in the industry out of a job.

Positive or negative? It’s up to you.

The Creation of Robots

We once spoke about robots as a far in the future advancement, in a horror – like “take over the human race” kind of way, but their involvement in shipping could fast become a reality.

One of the biggest shipping companies in the world, Amazon, were said to be in talks a few years ago of purchasing a company that built and produced robots, which went by the name of Kiva Systems.

Apparently nowadays, Amazon use as many as 30,000 robot creations in order to aid in their international shipping, and it’s said to have helped hugely with their finances and time scales. They no longer have to pay as many as employees a full living wage as they once did, and their shipping times are, at times, scarily quick.

So what does that mean for the Sea Freight industry? Well, it arguably means that in years to come, this sort of technological advancement could become more prevalent in society.

Regardless, however, we would argue that there’s always going to be room for the international shipping industry, regardless of technological advancement.

As of now, there are little other options for transporting large vehicles and livestock, for example. Furthermore, technological advancements, although great for some of the bigger companies, will be out of reach financially for smaller companies who will also need to ship internationally.

Furthermore, many people aren’t actually comfortable with the thought of valuable and fragile items being shipped by a vehicle without a human driver. Some items have both high financial and sentimental value, and the thought of them being shipped by what is essentially a droid or robot, may cause some people to feel doubtful and uncomfortable. In this sense, advancing technologically could actually lose international shipping companies some of their regular custom. If it isn’t broken, why fix it?

So, finally, regardless of whether you think these affects are positive or negative, we would argue that there will always be room for the sea freight international shipping industry.

Kiera is an English Literature and Creative Writing graduate who now works freelance as a content writer.