The Classification of International Trade 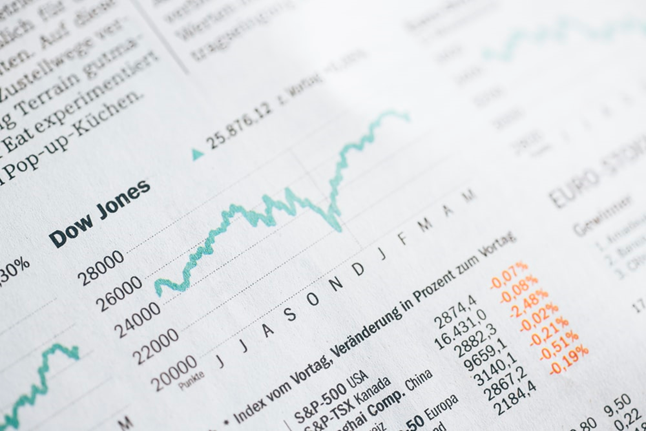 Why is the organization of international trade is so important?

Natural resources in the world are distributed in different proportions among states, which was the primary reason for the emergence of international trade. For example, chromium is extracted in one country, and – oil – in another. Both countries need both gasoline and chrome-plated steel to make parts for vehicles. The way out is a trade between these countries in chromium and gasoline. Russia exports oil products and black caviar under this scheme, and imports pineapples and bananas.

Why do states trade in goods that they can produce themselves? The United States imports Japanese-made motor vehicles and televisions, despite being major manufacturers of the automotive and television industries themselves.

According to statistics, the United States imports about 21% of cars, and exports about 11%. Why import foreign cars and then pay for them by selling the products of the national automobile industry to other countries?

Export – sale, export to the territory of other countries of goods that were produced by various sectors of the national economy.

Import – purchase, import into one of the states of goods manufactured in the territories of other countries.

Absolute advantage is a principle of economics based on the differences between one country and another in how much it costs to create identical products.

As an example, let's take the costs of Russia and Ukraine in the cultivation of sugar beet and flax. The different soil and climate of these countries make the volume of the grown product also different. If Ukraine has a smaller flax crop, Russia has a smaller sugar beet crop. Both countries will benefit from the fact that, while specializing in their product, they will exchange it with each other. In this case, agricultural land will be used as efficiently as possible.

Therefore, Russia in the days of the USSR grew flax and sold flax fabrics to Ukraine, and Ukraine supplied Russia with sugar obtained by processing sugar beet. In the language of economics, this international specialization of trade and production is called the principle of absolute advantage.

The principle of absolute advantage is when the winning position of the state is to specialize in the production of specific goods, manufactured or grown at a lower cost than in other countries.

This specialization, which is based on the principle of absolute advantage, leads to the most efficient use of the planet's resources. As a result, there is a world economy that ensures the production of a particular product by countries that can spend a minimum of resources.

The uneven distribution of natural resources and the basis of the principle of an absolute advantage do not provide a complete picture of the understanding of international trade. And this was clear for the economy as a science at the beginning of the XIX century. There were leading countries that had much lower production costs for goods from various industries than in other countries.

Using the principle of absolute advantage, the leading countries should have stopped supplying products to less developed countries, but this did not happen.

In England, the economist and great scientist David Ricardo (1772-1823) opened the veil of secrets of international trade and was able to see the principle of relative advantage in the development of the external economy.

The principle of relative benefit – the benefit of any state, which is to export those goods, the cost of which is much lower than in other States, that is, makes sense for the state to produce specialized products, expanded edition which is associated with the lowest cost choice than in States where they sell these goods.

No one makes such calculations in the actual practice of commercial relations. A substitute for calculations is the analysis of the price ratio in the national and foreign markets. This ratio, in the presence of other identical conditions, corresponds to differences in the relative productivity of goods.

Every businessman makes simple conclusions: the organization of international trade is economically profitable when the profit from the sale of an export product abroad can buy another product of imported goods in a much larger volume than the same product at home.

The main forms of organization of international trade

The main forms of organization of international trade are represented by the import and export of goods.

According to the purpose of the goods and their origin, the following types of exports are distinguished:

1. Export of goods that have been produced or processed in a particular country.

2. Export of raw materials/semi-finished products for further processing in another country under the control of customs and with a further return.

5. Export of goods within the framework of a transnational corporation (TNC) and in the system of direct production relations.

According to the purpose of the goods and their origin, the following types of imports are distinguished:

1. Import of goods or certain technologies from abroad for their further implementation on the national market of the importing country and receipt of the paid provision of production or consumer services from the counterparty country.

2. Import from a foreign country of domestic goods that were imported there. Such importation is called re-importation.

4. Import of goods for a certain time to participate in exhibitions, fairs, auctions, etc.

5. Import of goods within the framework of TNCs and in the system of direct production links.

Due to the constant development of trade between States, there are various forms of organization of international trade.

The classic trading operation is the buyer's payment in cash for the purchased goods, but more modern forms of international trade organization are also used, such as:

1) International leasing. Common in the middle of the XX century and is a method of buying and selling production equipment. Leasing refers to the long-term lease of production machines, equipment, vehicles, etc.

That is, unused equipment by the lessor with the help of leasing makes it possible to get a certain profit from it, and the lessee can start doing business with a smaller investment of money. Leasing helps to rebuild production and makes it possible to purchase modern equipment of imported production without huge expenses in the currency of another state. Often, the calculation is the exported products that are produced on leasing equipment.

In the context of international trade, the lessor and the lessee are subjects of different countries. A leasing company of one state buys equipment from a manufacturer of its own country and leases it to a lessee of a foreign state.

We can also distinguish such types of rental of production equipment as:

- leasing-lease for a period of several months to one year (medium-term);

- rating-rent for a period of several days to several months (short-term).

2) International bidding is a common modern form of organizing international bidding. This is when one of the countries in the form of a competition sells goods to other states, choosing the winner who offered the most favorable conditions. Such an international tender is called a tender, their conduct in the form of tenders for the supply of equipment, construction work for foreign companies providing services engineering organizations, educational services staff, etc. All proposals received for the contest held a comparative analysis. The state that offers the most favorable condition a contract with the country that announced the competition.

3) Exchange trading is an important form of organizing international trading. This form of trading is conducted on commodity exchanges, where states enter into large transactions for the wholesale purchase and sale of goods. In an ideal approach, exchange trading should call for the establishment of fair prices, the formation of international exchange rates, and the increase in the capitalization of firms. Some interventions are carried out by Central Banks (CB) to adjust exchange rates. Exchange trading has its specific levers of control, so it is hardly possible to believe in the fairness of prices.

4) Licensed trade is also a modern form of international trade. This type of trade appeared as soon as scientific and technical knowledge became a commodity. One country sells licenses to another for the right to use inventions, industrial designs, trademarks, know-how, etc. Know-how is a production or trade invention of an innovative nature. International trade is often referred to as the trade between know-how and licensing agreements.

5) International counter-trade is a form of trade between states, where instead of monetary calculation, the supply of goods is used. Let's distinguish five forms of countertrade:

- Net barter – a short-term transaction, which is an exchange of goods for another;

- A switch is a long-term transaction that does not have monetary settlements. On the part of the buyer and the seller, groups of goods are involved, and third parties may be involved as a party to settle the relationship between the exporter and the importer;

- A clearing agreement is a long-term transaction that does not have monetary settlements. On the part of the buyer and seller, groups of products participate without involving third parties;

- Offset. Such a transaction provides for settlements in cash, obligations that are not limited only to the purchase of goods by one or the other party.

There are many classifications of international trade. Increasing interest is taken by trading on the display system, based on the signing of transactions on counter-obligations. These transactions originate from international counter-trade, but in modern conditions have found wide application in national markets or a particular territory. The basis of such transactions is the seller's interest in expanding trade in goods and services, which consists of the possibility of limiting the shortage of money formed during the purchase of goods and in making up for it in connection with the sale of goods and services. It's simple: "You buy from me, and I buy from you."

6) International auction trade. Another form of organization of international trade, which is the sale of goods by public auction in the form of an international auction, which is arranged for buyers from different countries. At such auctions, goods with special qualities are put up. Historically, there is a certain list of goods that are sold at auctions: antique items, tea, wool, fur, tobacco, racehorses, certain types of spices, art objects, and things of historical value. For example, at the Sydney auction, the largest part of sheep wool produced worldwide is sold, at the auctions of Colombo, Calcutta, and Jakarta - tea, at the auctions of Singapore-rubber, and the London auctions of Sotheby's and Christie's – antiques.

7) international mail order business. This is a new form of trade, the essence of which is that the main company takes the goods of other enterprises, sometimes created with its participation. Goods mainly of a domestic nature (dishes, furniture, clothing, shoes, bed linen, etc.), published in specialized catalogs or online stores that are distributed in various states. The buyer has the opportunity to choose the product he is interested in, pay for it, and receive it by mail or in stock. The main principles of the parcel trade are trade by address, personal work with customers, and an organized network of warehouses in different countries.

Understanding the classification of international trade helps to see multiple opportunities for your business development and is beneficial for general education. It is also useful for students with a business background to be acknowledged of all of these terms. All the information can aid students in writing academic papers with good academic essay structure.

Alicia Burmeister is an entrepreneur, writer, and a communication manager at Essaywriting.help. He is also passionate about outdoor sports and sustainable living.

What is Best for Your Business, Air or Sea Freight?
Why is Packaging and Customizing Labels Important for Shipping
The Basics of Shipping e-Commerce Products Internationally
Subscribe